Never underestimate the potential of a group of determined women to change the world.

Founded in 2003, the Pittsburgh Chapter of ARCS (Achievement Rewards for College Scientists) Foundation is an organization of women dedicated to strengthening American leadership in science and technology and, specifically, scientific research and innovation in Pittsburgh. Each year, ARCS Pittsburgh grants awards to promising STEM doctoral students, helping Carnegie Mellon and other leading Pittsburgh research universities to attract highly sought-after scholars in fields from engineering to neuroscience and mathematics to robotics.

The women of ARCS Pittsburgh have committed more than $2 million to 146 students at CMU, the University of Pittsburgh and Penn State University over the last 16 years. The chapter’s first gift in 2004 was to a Carnegie Mellon doctoral student in engineering and public policy, igniting a long and fruitful relationship between ARCS and CMU.

ARCS Pittsburgh and Carnegie Mellon kicked off a new era in their partnership, celebrating the establishment of the ARCS Scholar Award Endowments in March 2019.

“Our members have long known that by working together they can leave a legacy impacting science in America,” said Jeanne Berdik, the founder of the ARCS Foundation’s Pittsburgh Chapter. “The endowment initiative establishes a legacy in perpetuity. We thought it was the natural next step.”

The inaugural ARCS Scholar Award Endowments will create four three-year, $5,000-per-year Scholar Awards in the College of Engineering, School of Computer Science and Mellon College of Science. The Scholar Awards are designed to be a recruitment tool for CMU, helping to bring the best and brightest doctoral students to Pittsburgh.

“ARCS Foundation’s support has been key in recruiting top STEM doctoral students to Carnegie Mellon over the years. We are thrilled that the relationship between ARCS and CMU now has a solid foundation in these endowments that will allow us to advance science and technology far into the future.” James H. Garrett Jr., CMU provost and chief academic officer.

ARCS Pittsburgh is one of 15 chapters across the country sharing the mission of supporting the country’s most promising young scientists and engineers in the completion of their doctoral degrees.  Since its origins in 1958, ARCS Foundation nationally has distributed more than $110 million in 10,000-plus Scholar Awards. Past ARCS Scholars can be found in positions of leadership and distinction across academia, industry and government.

“The ARCS scholarship that I received as a graduate student was more than financial support. It was also a critical validation that the work I was doing was important. The confidence ARCS showed in my future success contributed to who I am today,” said founding member of ARCS Pittsburgh Jeanne VanBriesen, Duquesne Light Company Professor of Civil and Environmental Engineering and Engineering and Public Policy at Carnegie Mellon. “ARCS scholars here benefit from this same investment in their education and support for their ambitions. ARCS scholarships identify Ph.D. candidates with great potential and enable Carnegie Mellon to recruit these wonderful students to study and learn with us!”

Berdik, who was instrumental in the process of creating the new endowments at CMU, saw other chapters instituting endowed Scholar Awards for students in their areas while serving as the national foundation’s board president and was inspired to do something similar in Pittsburgh.

“I’m concerned about the future of the United States as a leader in science and technology, and the impact that scientific research can have on the quality of life globally,” Berdik said. “I was an English major and I loved being an English major. But I was never going to find the cure for cancer or build the best cybersecurity system in the world, but maybe, through ARCS, I can support the people who will.” 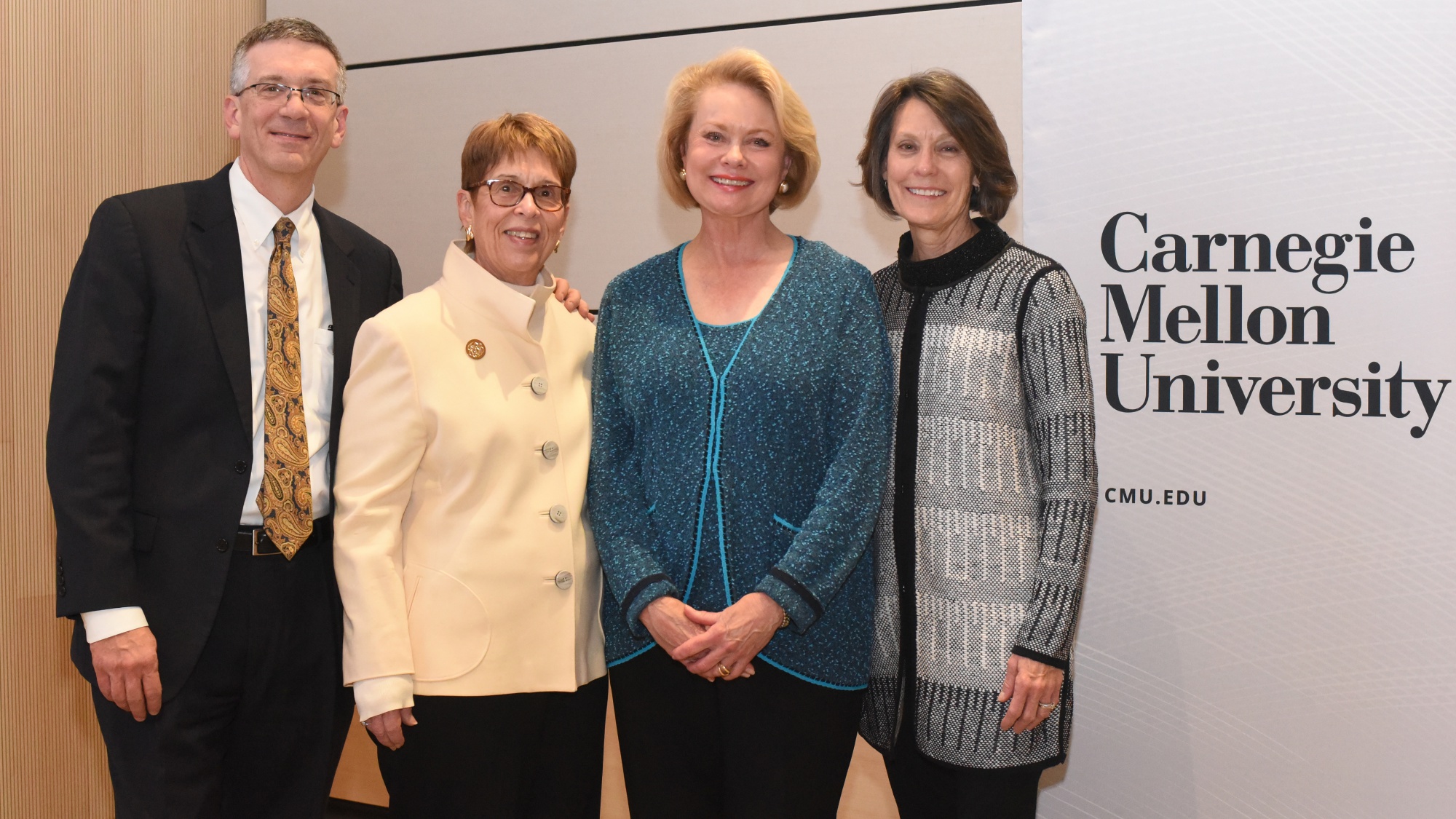 The donors whose significant gifts will establish the initial four ARCS Scholar Award Endowments are Berdik and her husband, Richard; CMU Professor Virgil Gligor and Alicia Avery; the Gookin Family Foundation; and Catharine M. and John T. Ryan III. ARCS Pittsburgh also will contribute to each endowment. In addition, deans from the College of Engineering, Mellon College of Science and School of Computer Science are providing matching funds to allow the first awards to be made in fall 2019.

The ARCS Scholar Award Endowments at CMU, like all ARCS Awards, allow the scholars to use the funding for anything they need — from rent to childcare to travel to equipment. Such unrestricted funding is unique in higher education, allowing the student and university to address vital student needs that are not met by restricted scholarship funding and providing discretionary support that is often a game changer for the next generation of U.S. researchers.

“All of our scholars are doing incredible research that is going to help the world. They’re so smart and so excited about what they’re doing,” said Jennifer Martin, co-president of ARCS Pittsburgh and a self-described wannabe biology major who studied history. “They can use this funding for whatever they need. That’s what is so unique about it. It just makes it easier for them to complete their education.”

With the establishment of the first four ARCS Scholar Award Endowments, Martin says that ARCS Pittsburgh can turn its attention to securing new members and invigorating the supporters of science and technology research in Pittsburgh.

“Once you get involved with ARCS and learn the compelling stories of the scholars and what they’re doing, you can’t help but say ‘go, team, go!’,” Martin said. “Science is really going to save the world.”